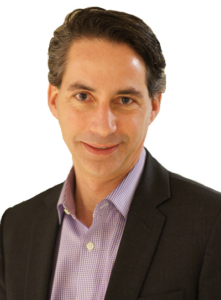 TOM JARDIM, a shareholder of the firm, is a litigation member engaged in civil trial practice, concentrating in employment and labor law and handling complex matters involving discrimination and wrongful termination before administrative agencies, state and federal courts through all phases of discovery and trial. His practice areas also include construction litigation, health care and PIP litigation and nonprofit law. He is an experienced trial attorney, having tried numerous cases in state and federal court in New York and New Jersey.

Tom’s practice areas include construction-related advice and litigation, and complex commercial and insurance litigation. He primarily represents property owners, and in particular, condominium associations in connection with construction defect cases. He routinely works with owners, contractors, subcontractors, expert witnesses, and insurers in cases involving allegations of construction defects, including water leakage or damage, plumbing or roofing defects, mold, structural problems or claims concerning other property damage to buildings or other defects.

Tom’s prosecution and defense of complex commercial, construction, and insurance cases occurs in a variety of forums, including federal, state and appellate courts, as well as domestic and international arbitrations, including proceedings before the American Arbitration Association. His litigation and arbitration experience has included the preparation and trial of delay, disruption and acceleration claims, warranty claims, design changes and growth in scope of work, force majeure, schedule and liquidated damage claims, change order disputes, builder’s risk and insurance coverage disputes.

Tom also is an Adjunct Professor in Legal Research and Writing at Seton Hall Law School. He is currently the Chairman of the District XB Ethics Committee. He has served as the President of the Union County League of Municipalities, as an officer with the Portuguese American Congress of New Jersey and an Advisory Board of Trustees Member of Children’s Specialized Hospital in Mountainside, New Jersey. He has also served as a member of the Board of Trustees of the Westfield Foundation, the Westfield Interfaith Community Preservation Association and the Westfield Neighborhood Council. He served as Board Chairman of CeasefireNJ, a gun violence prevention organization, and is currently on the Boards of the Morristown’s Mayo Performing Arts Center, the Community Health Law Project and Central Jersey Legal Services. He is a founding member and current vice-president of the Raritan Valley Line Rail Coalition, a coalition of municipal and county officials, rail advocates and commuters. He was recently selected to serve on the New Jersey Committee of the Regional Plan Association.

Prior to engaging in the private practice of law, Mr. Jardim worked at the U.S. Agency for International Development, the Office of the Deputy Attorney General, Executive Office of Asset Forfeiture, in the U.S. Department of Justice and as an Assistant Legislative Liaison with the Connecticut Conference of Municipalities.